Proximus rewarded for its fight against climate change

On Tuesday 25 February, Proximus was recognized at the CDP Europe Awards as a Supplier Engagement Leader, thanks to its active involvement with its suppliers in the fight against global warming and the reduction of its emissions. This international recognition is the fruit of many initiatives undertaken together for the environment.

CDP and the environmental impact of businesses

Proximus is assessed annually by the CDP to quantify its environmental impact. The CDP is an international non-profit organization that aims to encourage businesses and governments to reduce greenhouse gas emissions and water consumption and to protect forests.

In the "climate change" category, the CDP also granted Proximus an "A-" rating for 2019, which is a significant improvement on our "B" result in 2018. It reflects our CSR policy and the considerable efforts we undertake daily to make Proximus a more environmentally responsible company.

And we don't plan to leave it at that. 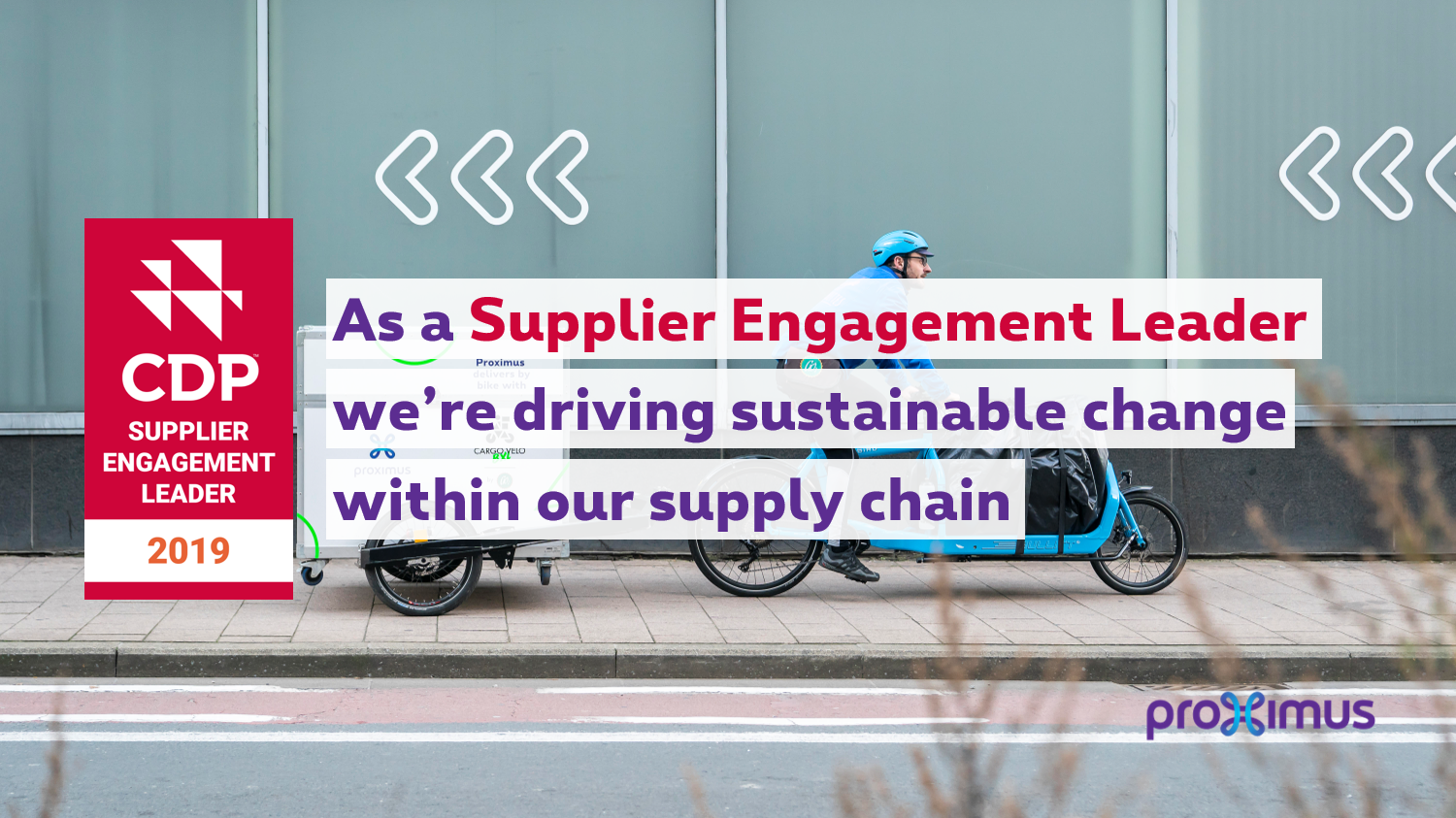 Our energy consumption has decreased by 30% in the last 10 years and has been falling annually ever since. From 2018 to 2019, we further reduced it by 4%. All of this energy comes from renewable sources.

Already a carbon-neutral company since 2016, we aim to reach the next milestone by becoming net positive, eliminating the need to offset any further emissions from our business.

A Belgian recognition for the environment

Last but not least, Proximus was also nominated in the "Management Award" category of the "Belgian Business Awards for the Environment" by the Federation of Enterprises in Belgium (FEB), which aims to recognize companies for their commitment to sustainable development. The official awards ceremony will take place on the 16 of March.