Since last week, a bicycle courier has been delivering products of the L'Oréal Professional Products Division to 130 Brussels hair salons, along with telecom products to Proximus' sales outlets in the city center. To accomplish this, the two companies are using the services of Cargo Velo, a partner of GO2 (Dioxyde de Gambettes) and can rely on the support of Brussels Mobility.

The aim of the pilot project is to assess the potential and operational viability of a partnership between two large retailers for the organization of their urban deliveries. Specifically, all orders are gathered in the Proximus warehouse in Anderlecht before being transported to their final destination by electric bike. It is estimated that in the first year, the number of deliveries performed in this way will be about 15,000, equally divided between the two companies.

Although this partnership between L'Oréal and Proximus, companies operating in very different sectors, may seem surprising, the two are united in their commitment to significantly reduce their CO2 footprint.

For Proximus, reducing its carbon footprint is an absolute priority. The company reduced its own CO2 emissions by 75% between 2007 and 2018 and has set itself the objective of reducing half of its indirect emissions before 2040. In addition, the CO2 emissions linked to journeys by its subcontractors have decreased by 54% over the past four years. The shared project with L'Oréal will contribute to further reducing the environmental impact of its distribution activities.

L’Oréal, for its part, has been committed since 2013 to bringing about a profound transformation as part of its Sharing Beauty with All program, which deals with all its ecological and social impacts throughout its value chain. With regard to CO2, the emissions from its factories and centers decreased by 77% between 2005 and 2018. At the same time, their production increased by 38%. For 2030, L’Oréal has set itself new, more ambitious objectives: reducing its direct and indirect CO2 emissions by 25% in absolute terms and by 50% in intensity (cf. 2016).

"In Ghent and Antwerp we have already implemented the use of Cargo Velo for deliveries to our sales outlets. The project has enabled us to reduce journeys made by delivery vans by 8000 km. Having gained from this experience, we are now going one step further and combining Proximus and L'Oréal deliveries in the center of Brussels. We are convinced that by collaborating with partners we will really speed up the reduction of our environmental impact."

"Reducing CO2 emissions linked to the delivery of products to our customers is a priority. This partnership with Proximus enables us to put into practice and test the "last mile delivery" by bicycle for 130 hair salons in the heart of Brussels. Besides the environmental aspect, we also want to offer our customers a more personalized and pleasant delivery experience."

Elke Van den Brandt, Minister of the Government of the Brussels-Capital Region, responsible for Mobility, Public Works and Road Safety

"Bicycle deliveries do not generate congestion and have an additional benefit for traffic: their reduced size makes it easier to avoid double parking. On top of that, they are very safe for vulnerable road users, as well as low-polluting and silent. They are therefore an extremely positive alternative to support the fluid and friendly character of our city, as well as the health of its inhabitants. Companies have a very important role to play in the ecological transition of our Region. Proximus and L'Oréal play a pioneering role here. The Region will be at their side and at the side of all the actors who wish to embark on this path." 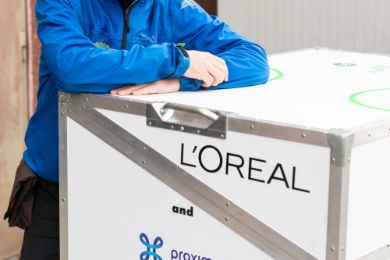 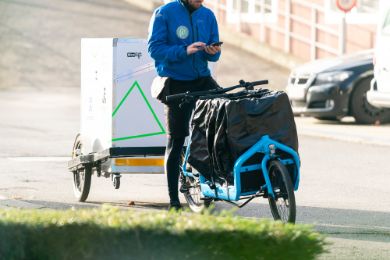 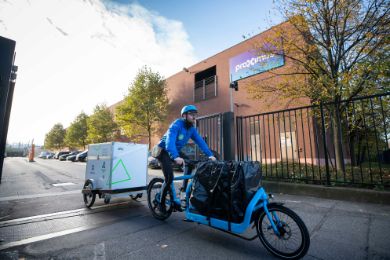 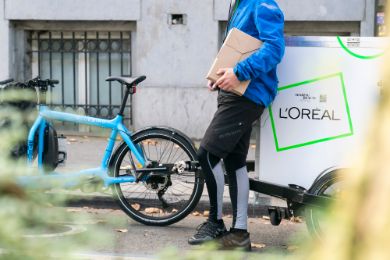 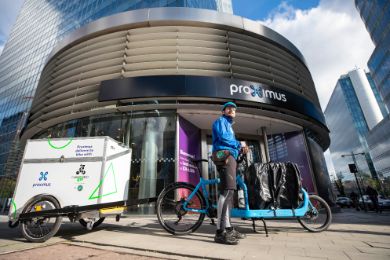 Arriving at the recipient with a reduced carbon footprint