On Monday June 27, the Atomium became the millionth building in Belgium to be connected to fiber, the broadband technology of the future. The event was celebrated in the presence of Prime Minister Alexander De Croo, Deputy Prime Minister Petra De Sutter, the Mayor of Brussels Philippe Close and all the partners involved in the "Fiber for Belgium" plan. Today, and thanks to Proximus, Belgium is the country with the fastest fiber rollout rate in Europe, with an additional home or business added every 15 seconds. Reliable and fast connectivity is crucial for the growth of the Belgian economy and for the digital development of our society.

More than ever, Belgian citizens and businesses need reliable and fast connectivity. Hence the importance for them to be able to have access to fiber in the years to come. For residential customers, this technology allows all family members to (tele)work, surf, stream videos and play online simultaneously, without latency or loss of quality. Fiber offers huge advantages for businesses, allowing them to exploit all the opportunities of digitalization and remain competitive, flexible and innovative. More generally, it is true to say that broadband networks such as fiber are now an essential component of public utility infrastructure, up there with water or electricity.

An investment of over €5 billion

That is why Proximus seized the bull by its horns in 2016 by launching the "Fiber for Belgium" investment plan. The aim of this ambitious plan, which represents an investment of more than €5 billion, is to roll out fiber to the vast majority of businesses and urban centers in Belgium and to cover at least 70% of the Belgian population by 2028. It sets out to make fiber available to homes and households, as well as public buildings, social housing, and even iconic buildings such as the Atomium. Since 2021, the speed and scope of the project have increased considerably thanks to the creation of the joint ventures Fiberklaar in Flanders and Unifiber in Wallonia, which have enabled Proximus to step up the pace and also to extend its fiber network to areas with medium population density.

The network deployed by Proximus, Fiberklaar and Unifiber is completely open. Thanks to this characteristic, any operator can benefit from this network to offer its services. Today, 37 operators already have an agreement with Proximus to use these gigabit networks.

Good connectivity is essential for the development of a country

Network deployment is not a lone undertaking but depends on close collaboration with all the players: the cities and their authorities to reduce the nuisance for local residents, the 6,000 property managers in Belgium, the other contractors, the developers who construct the buildings, and the construction partners.

Symbolically, the Atomium, one of the sites most associated with Belgium around the world, became the one millionth building to be connected to the fiber. Prime Minister Alexander De Croo, Deputy Prime Minister Petra De Sutter and Brussels Mayor Philippe Close were present alongside Guillaume Boutin, CEO of Proximus, to celebrate this event, underlining the importance of this modern connectivity for the development of a country or a city.

It’s a huge satisfaction for me to see how quickly Proximus and its partners are rolling out fiber to all three regions of the country. The investment is huge, as we’re talking about a total cost of €5 billion, but it is absolutely crucial for the growth of our economy and to improve the daily lives of our citizens. I’m also pleased that this investment is generating employment and economic activity in our country, given that, according to estimates, 60% of what is invested in the deployment of fiber is injected directly back into the local economy.

Our goal as policymakers is to create an inclusive society, also in digital terms. We can only meet this policy goal if companies such as Proximus provide and develop a digital network. Thanks to today's investments made by Proximus in its fiber network, one million people have access to a high-speed internet connection – which is indispensable in today’s world. The new network is also a step in the right direction from an ecological point of view, making it a truly win-win situation.

Today's event at the Atomium is an opportunity to celebrate the fantastic work done by the Proximus teams and all our partners. Over the past two years, we have dramatically accelerated the pace of fiber deployment, becoming one of the most successful operators in Europe in this area. To continue to meet the expectations of citizens and businesses, we are building the best gigabit network in Belgium, which is based on modern technology and is fully secure. This network is, of course, open to Proximus customers and to those of other operators who would like to join us. 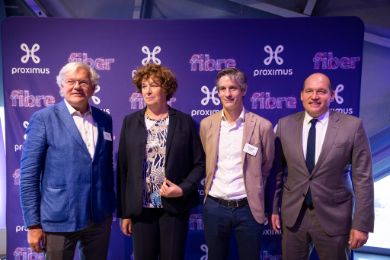 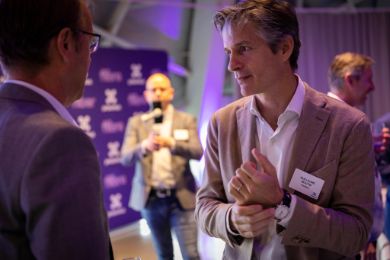 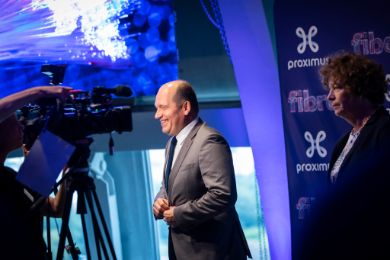 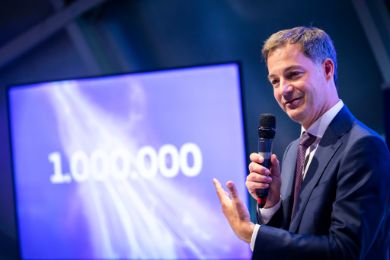 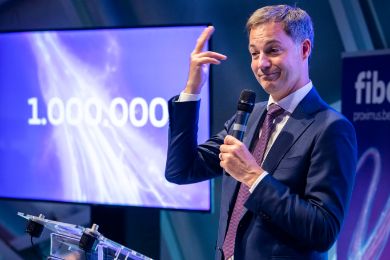 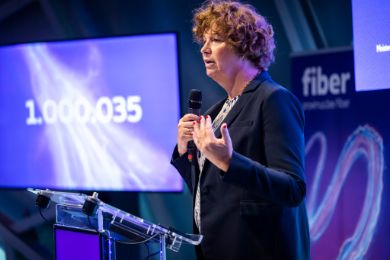 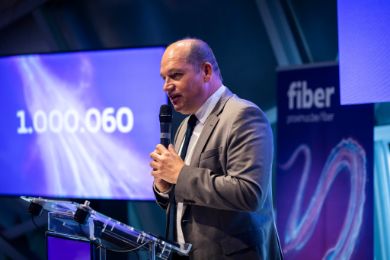 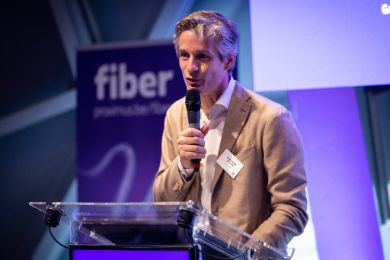 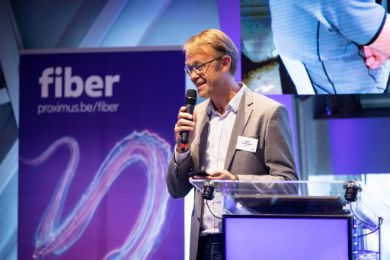 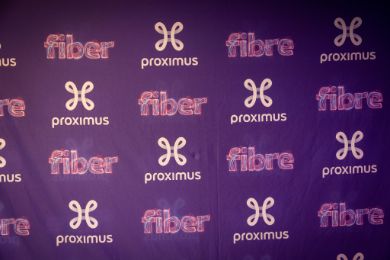