Kick-off of the new UEFA Champions League season on Proximus Pickx, the only place in Belgium where football fans can watch all matches

On Tuesday, September 6, the group stage of the UEFA Champions League gets underway. As was the case last season, Proximus is the only operator in Belgium able to offer its customers all UEFA Champions League matches. An experienced team of presenters and analysts has once again been assembled by Proximus to ensure top-level coverage of all matches for football fans.

A selection of Tuesday night games exclusively at Proximus Pickx

For the second season in a row and up to and including the quarterfinals, Tuesday night matches in which Club Brugge does not have to play will be available in Flanders exclusively on Proximus Pickx. No other Dutch-language channel in Belgium broadcasts the UEFA Champions League that evening. This means that top matches such as PSG - Juventus on 6 September, AC Milan - Chelsea on 11 October and Borussia Dortmund - Manchester City on 25 October, as well as all matches of the so-called Group of Death with Bayern Munich, FC Barcelona and Inter, will be shown exclusively on Proximus Pickx on the Flemish side.

Proximus customers with the TV option Pickx Sports or Pickx All Stars & Sports can watch the match of their choice live on the Pickx+ Sports channels or via the Proximus Pickx app. Those who prefer to follow all matches at the same time can choose for the Multi Live, which covers the most remarkable moments of all matches in one show. In this way, football fans can be sure that they won't miss a single highlight.

Throughout the entire group stage, one game per matchday will be shown on Pickx+, Proximus' exclusive channel offering a wide range of content for all members of the family. The channel is available to customers with the TV options Pickx All Stars, Pickx All Stars & Sports or Pickx Mix, and is also available as a separate TV option.

Even for those who are not yet customers of Proximus Pickx, there is plenty to look forward to. On Mondays at 6 p.m., Nicolas De Brabander (NL) and Mathieu Istace (FR) and their analysts look ahead to the two upcoming evenings of the UEFA Champions League and discuss European football news in the audio and video podcast ‘Champions Club’. The podcast is available for free on Pickx.be or via Apple Podcasts and Spotify. On Thursday, there is ‘Terugvlucht’ (NL) / ‘Flash Back’ (FR), with match summaries and exclusive behind-the-scenes footage from the traveling commentators and analysts. Both can be watched on the Pickx+ Sports channels, on demand through the Pickx platform (TV, web or app) and are available for everyone on Pickx.be.

A pro team of studio hosts, commentators and analysts

To ensure the best possible coverage of the UEFA Champions League, Proximus can once again count on a team of passionate commentators and analysts to to provide live commentary and analysis of the matches. Nicolas De Brabander, Niko Lainé and Jonas Maes will present the UCL Multi Live broadcasts for Dutch-speaking customers, and Marc Delire and Mathieu Istace will do the same for French-speaking football fans. They will be assisted by a team of football experts who will bring their sharp analysis and in-depth expertise, composed of Peter Vandenbempt, Wim De Coninck, David Hubert, Mo Messoudi, Wesley Sonck, Franky Van der Elst and Gert Verheyen (NL), and Thomas Chatelle, Xavier Chen, Khalilou Fadiga, Alexandre Teklak and Benoit Thans (FR), respectively.

For several years now, the UEFA Champions League has offered us matches of exceptional quality, with incredible excitement and constant twists and turns. Football fans who do not want to miss anything from Europe’s biggest club competition should tune in to Pickx, because with our top team we will once again go all out to offer the best coverage. 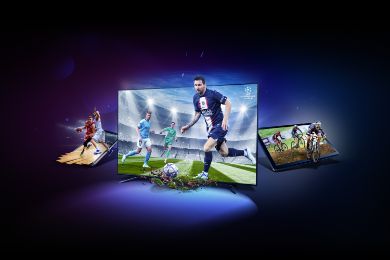