Over the next few years, municipalities in the Brussels region will gradually be equipped with fiber. By 2026, all homes and businesses in Brussels will have access to the gigabit network, open to all with benefits all round. Proximus was the first operator in Belgium to introduce fiber not only in new developments but also in existing homes and businesses.

Fiber optics is the ultimate broadband technology of the future and offers an answer to the exponential increase in data traffic for both residential and business customers. It allows all family members to (home)work, surf, stream videos and play online games simultaneously, without any delay or loss of quality. Everybody can count on an unrivaled, secure, stable and reliable customer experience, thanks to a network with virtually unlimited capacity, capable of handling very large bandwidths. Fiber is an enormous asset for companies, enabling them to fully exploit the possibilities of digitalisation and to remain competitive, agile and innovative. This ultra-fast technology also stimulates the adoption of new ways of working and supports the explosion of advanced technological developments in the areas of artificial intelligence, augmented/virtual reality, data analytics and the Internet of Things. Fiber is also good news for the environment, as it is more energy efficient than copper and has a longer life span.

An ambitious deployment for Fiber in Belgium

In December 2016, Proximus launched the "Fiber for Belgium" investment plan. Objective: roll-out fiber to cover the majority of businesses and urban centers in Belgium. In 2020, Proximus announced its intention to accelerate and significantly expand its program, anticipating its investments while signing two partnerships, with Eurofiber for roll-out in Wallonia and EQT Infrastructure for roll-out in Flanders. Proximus thus revised upwards its ambition in terms of fiber coverage, with the ultimate goal of covering at least 70% of the Belgian population.

Fiber for more than 600,000 homes and businesses in Brussels

By the end of 2020, despite Covid, Proximus will have rolled out fiber for around 50,000 Brussels families and businesses. However, the goal is to step up the pace in order to reach a cruising speed of 100,000 Brussels homes and businesses per year from 2022 onwards to connect the entire region, i.e. more than 600,000 homes and businesses by the end of 2026. The roll-out of fiber also heralds a new era for the digital revolution in the Brussels region. Thanks to fiber optics, residents and businesses will benefit from an unequaled digital experience, a sure way of generating growth and employment for the city and its region and ultimately the whole country.

Proximus has divided Brussels into several areas. Fiber will be rolled-out in several phases, in close consultation with the authorities of each municipality within Greater Brussels.

Fiber is already installed in certain areas of Uccle, Evere, Etterbeek and Brussels (Anspach district). Roll-out is ongoing in Koekelberg/Molenbeek and Anderlecht.

It is in the pipeline in the following areas: Brussels center (Pentagon), Schaerbeek, Ixelles. Works will start at the beginning of next year.

Any inconvenience caused by the works will be kept to a strict minimum. Before works starts, Proximus will carry out an analysis to optimize the roll-out and will opt for wall mounting as far as possible, rather than going underground, especially in densely built-up areas. This will make the roll-out much faster, with limited inconvenience for local residents.

Proximus is also in contact with various Brussels players such as Brussels Mobility, the various police districts, the municipalities concerned and other key players to optimize the synergy between the works and minimize the impact for Brussels’ residents.

A clear and transparent information campaign

Proximus will communicate openly and transparently with all the residents and businesses in the areas where fiber is to be rolled out. The residents will receive detailed information on the roll-out and the advantages of fiber by means of letters and local information sessions, through the mobile fiber-info point that will become a familiar sight on the streets, or via the www.proximus.be/Bruxelles webpage, with specific information on the progress of the work. If there are any additional questions about the work, they can call a toll-free number (0800 17 xxx), which will be different depending on the municipality, or go to the local Proximus store. Proximus will also be proactively contacting each business individually to see which fiber solution is best suited to its specific needs.

600 jobs in the Brussels region

Estimates for the roll-out of Fiber in Brussels show that more than 600 jobs at short term will be created, mainly in construction companies.

This is why talks are ongoing with Actiris and Bruxelles Formation and with the VDAB Brussels, in order to be able to hire as many of Brussels’ residents as possible to fill these new roles.

It is impossible to talk about local technological innovation without mentioning Brussels, which is both the Belgian capital and the heart of Europe. We are delighted today to be able to unveil our goal of rolling out fiber throughout the Brussels region in just six years. After having gradually stepped up the pace of our deployment in recent years, we announced early 2020 a real leap forward to go even faster and further expand our coverage. It is now time for Brussels to shift to fiber. In the coming months, residents and businesses in the various districts will be able to discover for themselves this ultimate broadband experience to surf, watch streaming content, play and work at the speed of light. 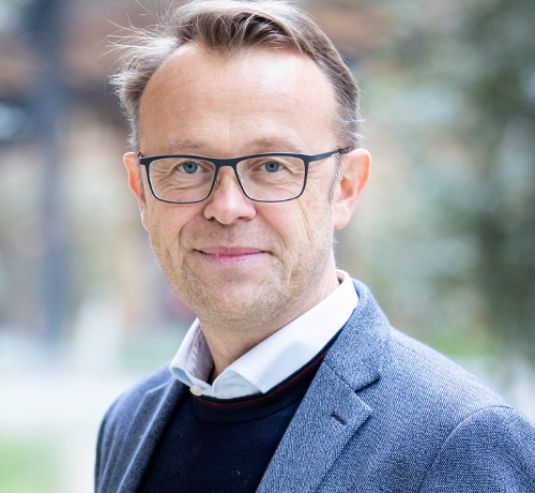 Fiber networks will become an essential component of urban infrastructures, just like water or electricity. A fiber optic connection makes it possible to learn from home, surf, stream or play games while simultaneously operating devices with artificial intelligence. Our fiber network is also an open network on which all other operators are welcome to offer services to their customers.

Rudi VervoortMinister-President of the Brussels-Capital Regio

There is no doubt that our Region will benefit from the roll-out of this technology from both a strategic and economic point of view. It also reflects my government's determination to make Brussels a Smart City which, in a very concrete way, we see as a platform for innovation and participation. I am also proud of the fact that the Brussels Region will have been a pioneer and particularly proactive in this field, by rolling out its own standalone fiber optic network.

The crisis is like a time machine. The digitalization of society was already underway, but with the coronavirus, digital has become a strong trend. I therefore welcome all actions that enable both citizens and businesses to accelerate their shift to digital. It also shows that the stakeholders have fully understood the importance of the exchange of data. All the more so as this initiative of Proximus will lead to the creation of 600 jobs. The challenge will be to ensure that these new jobs are filled by people from Brussels. Together with the public employment and training services, we will see to this.

Philippe CloseMayor of the City of Brussels

A stable, secure and fast network connection is vital. This is one message that has clearly come out of the Covid crisis. Students who are forced to take classes with their PCs, hundreds of thousands of employees who suddenly have to work from home, self-employed people who often could only reach their customers digitally, public authorities who have to share important information with all residents quickly and accurately: for all these groups, this network has become a real lifeline. I am therefore very pleased that investments are being made in a strong network of the future, which is good news for everyone living and working in Brussels.