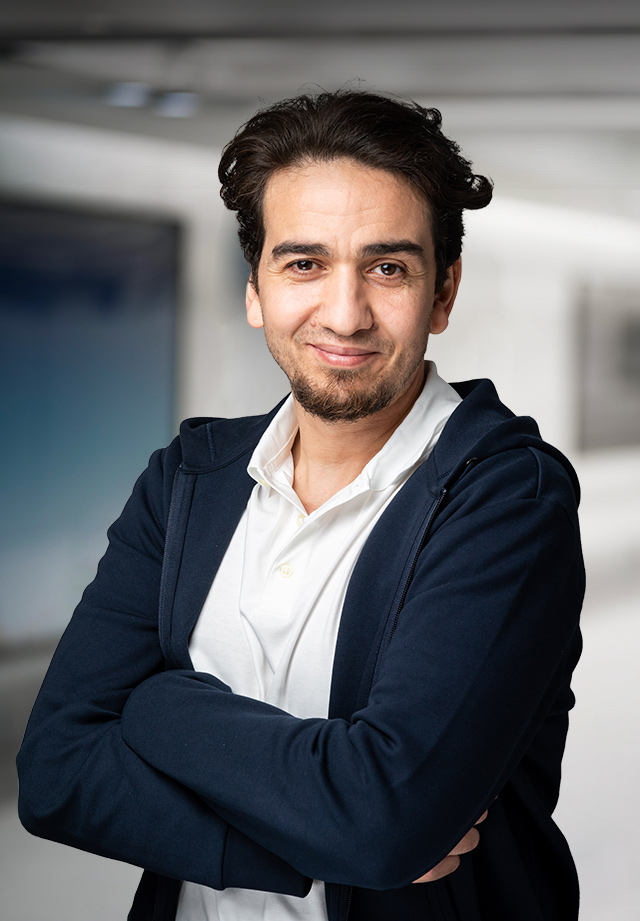 Ibrahim Ouassari is the founder and CEO of MOLENGEEK. After an atypical and self-taught career in technology, Ibrahim has established himself as an accomplished consultant in the sector since 1999. He then left the consulting industry to launch his entrepreneurial career and worked with clients from some of the largest and most renowned companies in Belgium such as Elia, Sibelga, Fluxys, HP, Econocom, AG Insurance or BNP Paribas Fortis.

In 2005, Ibrahim founded UrbanTech, a consulting company, as well as an IT development company in 2008, and a finance company named Applefield in 2011.

It was his experience that led him to launch Molengeek, an inclusive international technological ecosystem that makes the “TechWorld” accessible. It is at that moment that Ibrahim took up one of his greatest challenges: to merge two worlds that do not meet. On the one hand, unsuspected talents from working-class neighborhoods and on the other hand, the world of technology.

Today, Molengeek is an international solution that brings new perspectives to thousands of young people. Ibrahim combined his entrepreneurial tech experience and his knowledge of the field to reveal talents by introducing them to new technologies. These talents are now working for major tech players such as Salesforce, Deloitte or even Proximus. MolenGeek’s secret? Its ability to adapt to the target audience and create suitable environments to promote the emergence of talents through, for example, the organization of events to attract deal flows from a diverse crowd and redirect them to training or incubation. He is supported by the greatest names in the tech industry, cited in Davos by Sundar Pichai, CEO of Google, after his visit to Molengeek, and was also selected by the latter in WIRED UK as “innovator who is building a better future for 2021 ”. Google, but also Samsung, Facebook, Salesforce, Amazon or even Proximus are investing in Molengeek.

Molengeek is now located in Belgium in Molenbeek, Laeken, Antwerp and Charleroi, in the Netherlands in Amsterdam and Rotterdam, and also in Padua in Italy. Ibrahim's role is to develop these franchises to make the fragmented European market more accessible but also to ensure that the vision and guidelines of MOLENGEEK are respected in each of the cities. Ibrahim Ouassari is the best person to bridge between the diverse pool of talents, the world of startups and the world of technology.
In 2018 Ibrahim was part as an expert of Horizon 2020 NMBP Advisory Group for DG Research & Innovation of the European Commission, whose mission is to help us notably to ensure impact of the R&I investments 2021-2027 in the fields of industrial technologies and improve societal involvement.